Preheat slowly to 1550° F, soak until uniformly heated, and heat rapidly to 2250° F - 2275° F.  Heating times may vary from a few minutes to a maximum of 15 minutes, depending on the size of the tool.  Oil quench to develop higher hardness, although air or hot salt quench may be used.

Temper immediately after quenching, before the part has cooled to below 150° F.  A tempering range of 1000° F - 1050° F is recommended.  Parts should be held a minimum of 2 hours per inch of thickness.   Double tempering is recommended.  The following tempering table may be used as a guide.  1" dia. specimens were used for this test, it may be found that heavier sections are several points lower.  Table is based on a 2250° F hardening temperature. 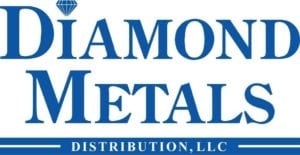